In gas-water runs with relative permeability hysteresis, which simulate CO2 storage in saline aquifers, it is possible to output a ‘stranded’ gas saturation. In hysteresis modelling, it is common to form a ’trapped’ non-wetting phase saturation as a function of the historical maximum non-wetting (gas) phase saturation. However, this is really the potentially trapped saturation – the saturation at which the gas mobility will fall to zero if the gas saturation is reduced. The stranded saturation, on the other hand, provides a measure of the extent to which the gas in the aquifer has actually become immobilised and thus stranded as its saturation has fallen.

The definition of the stranded gas saturation follows the residual trapping described by ref Snippe et al. [ST14], and is shown in the figure below: 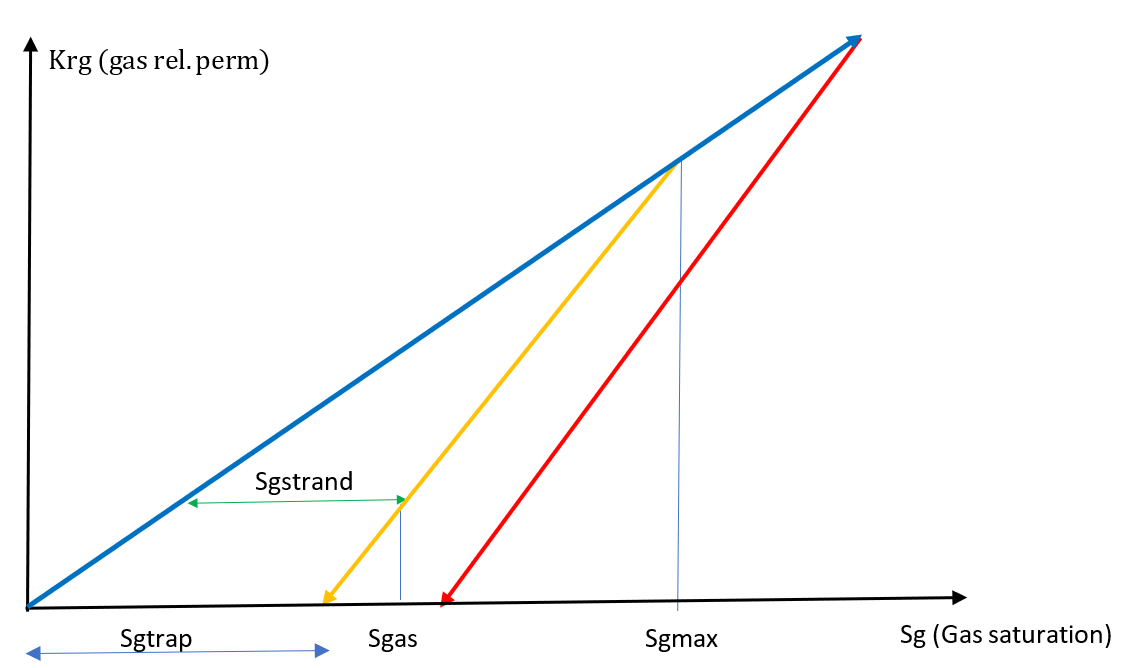 Suppose the gas saturation in an initially water-filled cell rises from zero to some \(S_{g, \mbox{max}}\) (a drainage process, blue line). If this reverses to an imbibition process the hysteresis models predict that the relative permeability traverses a scanning curve (yellow line). The relative permeability on the scanning curve falls to zero at the trapped saturation, Sgtrap. The trapped saturation is just a function of Sgmax.